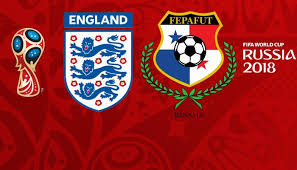 England are looking to secure their qualification for the World Cup 1/8-finals, facing Panama at the Stadion Nizhny Novgorod. This is a match from Group F of the competition.

England are trying to achieve their second consecutive win in the group, after defeating Tunisia in their first match. They know that a win against Panama will mean that they will reach the next phase of the tournament, before facing Belgium in a direct clash for the first place.

It was Harry Kane’s day against Tunisia. He saved England in the last seconds of the game, scoring his second goal in the tournament for the 2-1 win. The captain of the English team proved how valuable he’s for this squad and how important he’s going to be unti the end of the competition.

It was kind of surprising that England’s win against Tunisia came with so much difficulty. There was expectations that the Three Lions will win in a dominating way, but Tunisia surprised everyone with fighting back. Now Gareth Southgate’s boys are once again big favourites against the debutant Panama.

Just as it was expected, Panama lost their first game ever at the World Cup against Belgium. The Red Devils achieved a comfortable 3-0 win, which allowed them to lead the group. It’s clear that Panama are one of the biggest underdogs at the 2018 World Cup and for them it would be a huge success if they manage to win even one point on Russian soil.

There are some problems for Gareth Southgate before this game. Tottenham’s midfielder Dele Alli is injured and he’s going to be left out of the squad against Panama. In England there are expectations that the young Ruben Loftus-Cheek will get his first World Cup start.

The big figure in England’s starting eleven is going to be the team’s captain Harry Kane. The Tottenham striker scored two goals against Tunisia, proving that he’s one of the best strikers at the World Cup. Jesse Lingard and Raheem Sterling shall support Kane in attack, while Stones, Maguire and Walker are expected to start once again in defense.

Meanwhile Panama’s head coach Hernan Dario Gomez could bring in the starting eleven the forward Luis Tejada, while there’s a possibility for Ismael Diaz to replace Jose Luiz Rodriguez in the team.

It’s logical to think that Panama will park the bus, trying to hurt England on counter-attack. The question is – can their defense stop England’s attacking force? This is a questiom which will get its answer very soon.

Arguably England are a huge favourite against Panama. The Three Lions are already preparing to face Belgium in a direct clash for the first place in the group, but first they have to do the job against Panama. Although these teams are from a much different quality, one shall remember that there ain’t an easy match at the World Cup. This is the biggest football tournament on the planet and every opponent or match shall be taken very seriously.