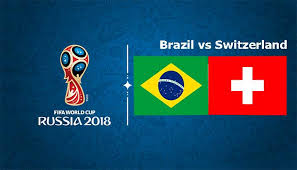 Brazil against Switzerland is the second game from Group E of the FIFA World Cup in Russia. We are going to see in action one of the big favourites to land the trophy, so it’s going to be very interesting to follow this clash at the Rostov Arena.

The 2014 World Cup was heartbreaking for the Brazilians. They hosted the competition and successfully reached the 1/2-finals, where they suffered a devastating 1-7 loss against Germany. This was the most humilating day in the history of Brazilian football. It’s understandable why now – four years later, the Selecao have only one goal in mind – to win the World Cup for 6th time and redeem themselves in front of the whole nation.

Brazil showed their determinaton during the qualifying phase, when they won the first place in the South American region. Tite’s team suffered just one defeat in 18 games played, losing against the Copa America champions Chile. Brazil won 12 of these 18 games and proved that right now they are the team in the best shape on the continent. And maybe on the planet.

After the end of qualifiers, Brazil played six friendlies and pay attention – they won five of them, beating Japan, Russia, Germany, Croatia and Austria. The only game they didn’t win during the friendlies was against England at the Wembley Stadium in London.

Switzerland finished second in their group during the qualifiers, so they had to participate in the playoffs. Vladimir Petkovic’ team did the job against Northern Ireland, even with scoring just one goal in these two matches. But they also kept two clean sheets, which was enough for progression.

In the friendlies after the qualifiers Switzerland won three times – against Greece, Panama and Japan and made a draw against Spain.

It’s understandable that Brazil are favourites in this one, because they have an impressive squad. Led by the superstar Neymar, Selecao have world class players on every position. Thiago Silva is still captaining the team and ruling the defense, while midfielders like Casemiro, Paulinho and Coutinho can support in a very convincing way forwards like Neymar and Gabriel Jesus. Real Madrid’s Marcelo and Manchester City’s Danilo are the two players who will have to control the two flanks for Brazil. 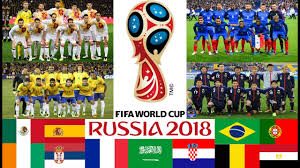 Switzerland do not have a world class squad, but they still have a solid team which is capable of doing some damage. We can name some specific players like Granit Xhaka, Valon Behrami, Xherdan Shaqiri, Haris Seferovic and Josip Drmic, who are well known in European football. We can add also the 21-years old talent Breel Embolo from Schalke 04 and the 21-years old Denis Zakaria from Borussia M’gladbach. The Swiss presence in the Bundesliga is strong.

What can we expect from the World Cup clash from Group E between Brazil and Switzerland? Selecao are the favourite here, but don’t think that their win will come in an easy way. Switzerland are a team which is hard to beat, so there’s going to be a fight.