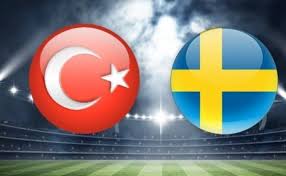 It’s time to take a trip to the Turkish city of Konya, where Turkey hosts Sweden in a game from Group 2 of League B of the UEFA Nations League. Let’s take a look.

Turkey didn’t start the Nations League in the best way possible, winning one of their game, but losing two in the same time. The Turkish team started the campaign with a home loss against Russia, which was followed by a win during the visit to Sweden. It looked like Turkey are ready to top the group, but in their last game they suffered another loss against Russia – this time 0-2 in Sochi. Roman Neustädter and Denis Cheryshev scored for Sbornaya against Mirca Lucescu’s team.

Turkey do not have a chance to finish first in the group anymore, because Russia are untouchable at the top. But what Turkey can do is to guarantee themselves that they won’t finish 3rd and they won’t relegate to League C of the Nations League.

This is exactly what Sweden want to avoid as well. Right now the Scandinavians are 3rd in the group with just one point won. But they know that a win in Konya would allow them to overtake Turkey at the 2nd place. Plus, Sweden have a game in hand, compared to the Turkish team.

So far Sweden played two games in this group. The Scandinavians started with a dissapointing loss against Turkey at home, which was followed by a draw against Russia away from home. Now Sweden will try to achieve their first win in the group. But it won’t be easy on Turkish ground, that’s for sure.

That’s our preview for the Nations League clash between Turkey and Sweden in the city of Konya. These two teams fight for the 2nd place in this group, which allows the team which takes it to remain in League B. Who is going to take it?