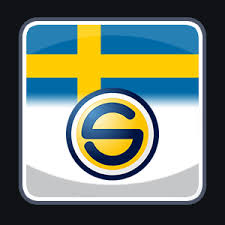 Helsingborg hosts Degerfors in a game from the 12th round of the Swedish Superettan. Let’s see more about this game.

Helsingborg are currently 4th in the Superettan with 21 points, being on just 2 points behind the 3rd Orgryte and the Top 3. Right now their record in the league shows 6 wins, 3 draws and 1 loss. Last year Helsingborg got relegated from the Allsvenskan, so now their main goal is to return among the best teams in Sweden.

In their last five games Helsingborg are unbeaten – three wins and two draws. They were in a run of three consecutive wins, but this was was stopped with the 1-1 draw against Gefle away from home. Carl Johansson scored for Helsingborg in the game, but his goal was not enough for the win.

Before this Helsingborg enjoyed three consecutive wins against Orgryte, Norrby and Jönköpings Södra. Now against Degerfords they will try to get back on the winning ways.

Degerfors are currently 6th in the Superettan with 18 points and a record of 5 wins, 3 draws and 3 defeats. In their last five games Degerfors are also unbeaten – three wins and two draws.

In the previous round Degerfors enjoyed a 4-1 win over Varnamo at home. Erik Björndahl scored two goals for the winning side, while Sargon Abraham and Henrik Castergren added for the win of Degerfors.

Just like Helsingborg, Degerfors are also motivated to win a promotion for the Allsvenskan. Right now they are 6th in the league, but in same time they are on just 5 points behind the 3rd Orgryte. It’s true that right now other teams are in a better position to chase promotion, but a win against Helsingborg would keep Degerfors’ chances to chase the Top 3. Let’s see if this could happen.