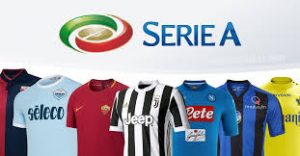 Napoli hosts Crotone in a match from the last 38th round of the Italian Serie A.

Napoli were contenders for the title for a long period of time, but Maurizio Sarri’s boys were unable to win the fight with Juventus. The Azzuri lost the title race and they are going to finish second in Serie A. Right now Napoli have 88 points and a record of 27 wins, 7 draws and 3 losses. It’s an impressive performance by them, but not impressive enough to win them the league.

Napoli showed some good football during the season and they proved that they are the best team in Italy after the champion Juventus. The fact that their advantage in front of the 3rd Roma is 14 points speaks enough. They are going to qualify for the Champions League once again, but for sure they will feel regret for losing the battle with Juve.

In their last five games Napoli won three times, made one draw and suffered one defeat. In the previous round the Azzuri enjoyed a 2-0 win during the visit to Sampdoria.

Crotone on the other hand need another miracle to survive. Last year they made it in some spectacular fashion, but can they do it for a second consecutive year? In other words, Crotone need to win at the San Paolo or at least win a point to have a chance. And it’s going to be difficult.

Right now Crotone are 18th in the Serie A with 35 points, being on par with the 17th SPAL and on point behind the 16th Cagliari. They need at least a point against Napoli, but away from home it’s going to be a tough task.

These are our thoughts about the Serie A game between Napoli and Crotone. We wish you good luck!