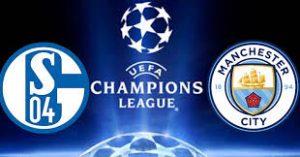 Schalke 04 welcomes Manchester City at the Veltins Arena in a first 1/8-final game from the Champions League. Let’s have a look at this fixture, because it’s always interesting when German and English teams are facing each other in Europe.

Despite of being pretty bad in the Bundesliga this season, Schalke managed to finish 2nd in their group and qualify for the Champions League 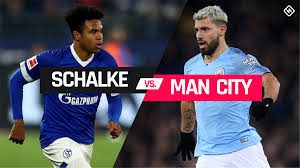 1/8-finals. Domenico Tedesco’s team lost the fight with Porto for the first place in Group D, but with 11 points won and just one defeat they won the second place. Now they will have a very tough test ahead of them against one of the best teams in the world.

How we said, Schalke are pretty bad in the Bundesliga this season. Right now the Royal Blues are 14th in the league standings, which is very different from the previous campaign, when they finished 2nd. Schalke have lost half of their matches in the league this season, which speaks of some serious problems they have. 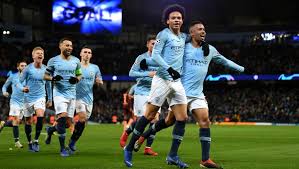 surprisingly lost their first game in the group stage against Olympique Lyonnais, but afterwards Pep Guardiola’s boys won their group. This City team is stacked with stars, fighting for their first Champions League trophy in history. The club’s owners invested a lot of money in this team, so now it’s up to them to show everyone that they can be kings of Europe.

In the Premier League Manchester City are leading the standings, being on par with the 2nd Liverpool, but having a better goal difference. Right now Guardiola’s team is in a run of three consecutive wins in the league. They are in a good shape.

That’s our thoughts about the Champions League 1/8-final clash between Schalke 04 and Manchester City in Gelsenkirchen. Good luck!