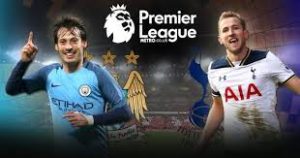 Tottenham Hotspur faces the champion Manchester City in a last game from the 10th round of the English Premier League. Let’s take a look at this match at the Wembley Stadium in London.

Tottenham are 5th in the league standings with 21 points won so far. Spurs have a record of 7 wins and 2 defeats since the start of the campaign. But lately Mauricio Pochettino’s team is pretty good. Tottenham are enjoying run of four consecutive wins in the league, achieved over Brighton & Hove Albion, Huddersfield Town, Cardiff City and West Ham United.

In their last fixture Spurs celebrated a 1-0 win over West Ham at the London Stadium. The only goal in the game was scored just a minute before the halftime break, when Erik Lamela used an assist from Moussa Sissoko.

During the week Tottenham had a game in the Champions League, doing a 2-2 draw against PSV. Tottenham are still without a win the CL since the start of the campaign.

Manchester City are leading the Premier League standings with 23 points won. They are on par with the 2nd Liverpool, but having a better goal difference. City’s record so far shows 7 wins and 2 draws.

In their previous game in the league City crushed Burnley with 5-0 at home. Sergio Aguero, Bernardo Silva, Fernandinho, Riyad Mahrez and Leroy Sane scored the winners for the Cityzens. 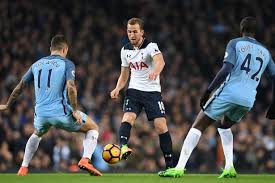 Man City also had a game in the Champions League during the week. Pep Guardiola’s team enjoyed a comfortable 3-0 win over Shakhtar in Kharkiv, leading its group with two wins in the last two games.

We shall expect a very competitive match between Tottenham and Manchester CIty at the Wemblet Stadium. Both teams would like to win and they will aim for it. But who will?