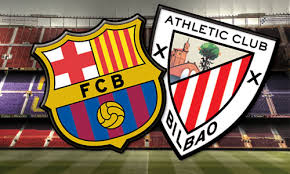 Barcelona welcomes Athletic Bilbao in a match from the 7th round of the Spanish La Liga. This game is going to be played at the legendary Camp Nou on Saturday afternoon.

Barcelona enter this game after their first loss for the season. Ernesto Valverde’s team suffered a surprising 1-2 defeat during the visit to Leganes. Philippe Coutinho opened the score for Los Cules, but Leganes managed to win with goals from Nabil El Zhar and Oscar Rodriguez. In this match Valverde took some interesting decisions, like leaving Luis Suarez and Jordi Alba on the bench. We can say that this was not really much of a successful choice by Valverde.

Despite of losing against Leganes, Barca remain a leader in La Liga’s standings with 13 points won so far. They are on par with Real Madrid, but they have a better goal difference than Los Blancos. 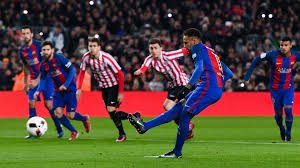 Athletic Bilbao on the other hand are currently 13th in the standings with 6 points won and a record of 1 win, 3 draws and 1 loss from 5 matches played – one less than Barcelona. The Basques recorded a win in the first round of the season, but in the next four games they are without a win – three draws and one defeat.

Athletic’s only defeat so far came in the previous round against Villarreal. The Basques didn’t perform very well and suffered a 0-3 at their own San Mames Barria. It was really a bad performance by Athletic and they’d want to forget about what happened.

This is our look at the Barcelona’s next game against Athletic Bilbao at the Camp Nou in the Catalan capital. Barca would like to win and remain on top of the league, while Athletic would be happy with everything different than a loss. Let’s see.