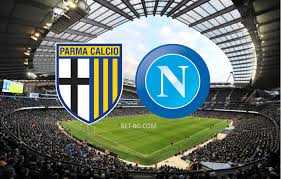 Parma welcomes Napoli in a game from the 25th round of the Italian Serie A at the Stadio Ennio Tardini. Let’s have a look at this fixture.

Parma are currently 12th in the league standings with 29 points won so far. They have a record of 8 wins, 5 draws and 11 losses. Parma’s main goal is to stay away from the relegation zone of the Serie A, so this position in the table is perfectly satisfying for them.

But we can say that Parma are not in a good shape lately. Since their win against Udinese at the Dacia Arena, Parma suffered three defeats and made one draw. Now they will try to return on form, but against Napoli it’s going to be very hard.

Napoli are still 2nd in the Serie A standings with 53 points won. The Azzurri have 7 points advantage in front of the 3rd Inter. It’s pretty clear that they don’t have a chance to beat Juventus for the title, so they will try to guarantee themselves the second place in the league.

So far Carlo Ancelotti’s team have a record of 16 wins, 5 draws and 3 losses. In their last five games Napoli are a little bit inconsistent, winning twice and doing three draws. In their last league game Ancelotti’s boys only made a 0-0 draw against Torino at the Stadio San Paolo.

During the week Napoli successfully reached the 1/8-finals of Europa League. The Azzurri beat Zurich for a second time, winning with 2-0 against them in Naples. Simone Verdi opened the score for Napoli, while Adam Ounas made it 2-0 15 minutes before the end.

That’s our look at the Serie A game between Parma and Napoli on Sunday. We wish you a good luck with this one.