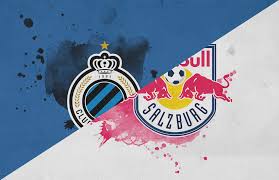 Napoli hosts Red Bull Salzburg in a match from the 1/8-finals of Europa League. Let’s have a look at this fixture at the Stadio San Paolo in Naples, because we are expecting a very good battle between two classy teams.

Napoli reached the 1/8-finals of Europa League after the elimination of the Swiss side Zurich in the previous round. After a comfortable 3-1 win in Zurich in the first leg, Carlo Ancelotti’s boys celebrated another 2-0 win at home. Simone Verdi and Adam Ounas scored the Azzurri, who showed everyone why they were the big favourites in the game from the beginning.

After losing from Juventus in the big derby of the Serie A in Sunday, now Napoli can concentrate entirely on their European campaign. To win Europa League would be a great present to the club’s fans. There’s some serious competition in the tournament, but arguably Napoli are among the big favourites to win the trophy. Plus, Carlo Ancelotti is a manager who knows how to win trophies in Europe.

But Red Bull Salzburg are not a team to be underrestimated. Backed by the corporation Red Bull, Salzburg made a very good campaign in the groups of the competition. In the 1/16-finals they eliminated Club Brugge, despite of losing with 1-2 the first game in Belgium. In the rematch Salzburg crushed their opponents with 4-0. Xavier Schlager, Patson Daka twice and Munas Dabour scored for Marco Rose’s team. It was a masterclass performance by Red Bull Salzburg.

Napoli are favourites against the Austrian side, but they must be careful. How we said, Salzburg are a club with a solid support in the financial aspect, which allows the club to sign some excellent players. It won’t be easy for Napoli.