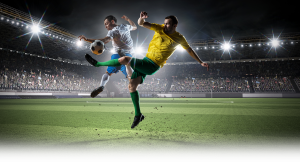 Nice hosts Lokomotiv Moscow in a match from the 1/16-finals of the UEFA Europa League. Let’s have a look at this game in the beautiful town of Nice.

Nice qualified for the 1/16-finals of the Europa League after finishing second in Group K. The French team was in the company of Lazio, Zulte-Waregem and Vitesse. They won 9 points in the group and finished with a record of three wins and three losses.

Right now Nice have a record of 10 wins, 4 draws and 11 losses in the Ligue 1, which is certainly not good enough. Their level compared to last season has decreased.

Now Nice will have to deal with the Russian powerhouse Lokomotiv Moscow.

The Russians won Group F of the competition, being in the company of Kobenhavn, Sheriff and Zlin. They won the group with 11 points and a record of three wins, two draws and one loss.

It’s hard to say which one of these two teams is a favourite in this clash. The truth is that both teams have very good squads. Let’s see what’s going to happen between them on the pitch.