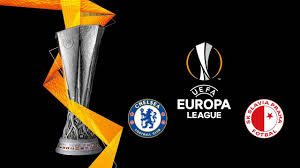 Chelsea hosts Slavia Praha at the Stamford Bridge in a second leg from the Europa League 1/4-finals. The English side have one goal advantage after the first game in Prague. Let’s see if they can finish the job at home.

The first leg between these two teams in Prague ended for a 1-0 win for Chelsea. The game was about to end with a draw, but just four minutes before the end Marcos Alonso scored for the English side, giving Chelsea an important advantage before the second leg. 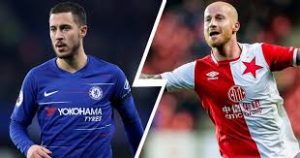 In their last league game Chelsea suffered a defeat during the visit to Liverpool at the Anfield. Now they must regroup and get back on focus. Because of the challenges in the Premier League, it won’t be surprising if the manager Maurizio Sarri once again rotates his squad and gives rest to some of his key players. Just like he did in Prague last week.

As for Slavia Praha, the Czech team already did more than enough in the competition this season. Nobody really expected that Slavia could be one of the best 8 teams in Europa League this season. In the previous round they did something heroic against Sevilla, but now it’s going to be very difficult at the Stamford Bridge.

That’s what we had to say about the Europa League second leg clash between Chelsea and Slavia Praha at the Stamford Bridge. The English side is the big favourite, of course. Let’s see.