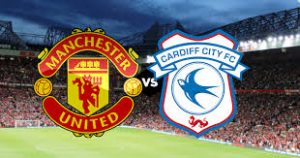 Manchester United hosts Cardiff City in a game from the last 38th round of the English Premier League. Let’s take a look at this fixture at the legendary Old Trafford Stadium in the city of Manchester.

Right now Manchester United are 6th in the league with 66 points, but being just one point behind the 5th Arsenal. The Red Devils will hope to win this game and they will expect a mistake from Arsenal against Burnley in the same time. This would allow them to climb up to 5th place in the standings and eventually keep their chances of reaching the Champions League next season.

So far United have a record of 19 wins, 9 draws and 9 losses since the beginning of the season. Lately United are not in a good form, being without a win in their last four games in the league. This is the reason why their participation in the Champions League next season is now under a question. The truth is that the manager Ole Gunnar Solskjaer started his adventure in Manchester really great, but now his team is not performing well.

In their last match in the league Manchester United lost two points against the weakest team in the league, doing a 1-1 draw during the visit to Huddersfield Town. 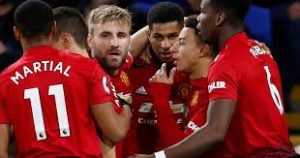 In the same time Cardiff City already relegated back to the Championship. Right now the Welsh team is 18th in the league with 31 points, without a chance to survive anymore. The team lost four of its last five matches in the league, only winning once against Brighton & Hove Albion.

In their last match Brighton & Hove suffered a 2-3 loss against Crystal Palace at home, which sealed their fate and sent them back to the Championship.

That’s what we had to say about the Premier League fixture between Manchester United and Cardiff City on Sunday. Good luck!