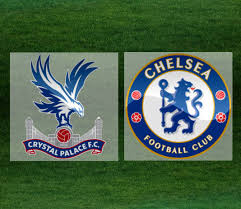 Crystal Palace welcomes Chelsea in a game from the 20th round of the English Premier League. It’s time to have a look at this clash in the capital city of London.

Crystal Palace are in a good shape lately. They are unbeaten in their last three games, winning two of them, including against the champion Manchester City at the Etihad. It was a terrific performance for Roy Hodgson’s team, who clinched the win with goals from Jeffery Schlupp, Andros Townsend and Luka Milivojevic. Before this win Palace enjoyed another one against Leicester at home.

In their last fixture Crystal Palace made a kind of dissapointing 0-0 draw against Cardiff City at the Selhurst Park. The club’s fans really hoped for a third consecutive win in the league, but Cardiff’s goalkeeper Neil Etheridge made some excellent saves during the match. For the last time Crystal Palace suffered a defeat during the trip to West Ham.

Chelsea on the other hand are currently 4th in the Premier League standings, being on 4 points behind the 3rd Manchester City and 2 points ahead of the 5th Arsenal. Right now the Blues have a record of 12 wins, 4 draws and 3 defeats in the league.

The defeat against Leicester at the Stamford Bridge was really dissapointing. Chelsea managed tou bounce back after it, thanks to the 2-1 win over Watford at the Vicarage Road. Eden Hazard scored both goals for Maurizio Sarri’s team, who really needed to win.

That’s our thoughts about the Premier League fixture between Crystal Palace and Chelsea at the Selhurst Park in London. This shall be a really intriguing game in the capital. We wish you good luck!