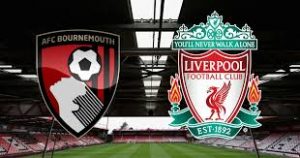 AFC Bournemouth welcomes Liverpool in a game from the 16th round of the English Premier League. Here are our thoughts about this clash at the Vitality Stadium in Bournemouth.

Bournemouth are currently 7th in the Premier League with 23 points and a record of 7 wins, 2 draws and 6 defeats. In their last five games they suffered four consecutive losses, but they managed to stop this run with a win against Huddersfield Town in the previous round.

Eddie Howe’s team welcomed Huddersfield at the Vitality and achieved a 2-1 win. All of the three goals in the game were scored during the first half. Callum Wilson and Ryan Fraser put the ball behind Jonas Lossl’s back, while Terence Kongolo’s goal for Huddersfield Town was not enough for the visitors.

Until recently Bournemouth were in a really tough moment, losing too many games one after another. The win against Huddersfield was something they waited for since a long time. Can they continue like this against Liverpool as well?

Liverpool continue the title race with Manchester City. Right now the Reds are 2nd in the league with 39 points, but being just 2 points behind the Cityzens. Liverpool are still unbeaten in the league, having a record of 12 wins and 3 draws.

In their last match Liverpool were really lucky to win against Everton at home. The game at the Anfield ended with a 1-0 win for the Reds, thanks to a winner by the substitute Divock Origi in the last seconds of the match. The goal became a fact after a very serious mistake from Everton’s goalkeeper Jordan Pickford.

These are our thoughts about the Premier League game between Bournemouth and Liverpool at the Vitality Stadium. Whatever you have decided about this one, we wish you good luck!