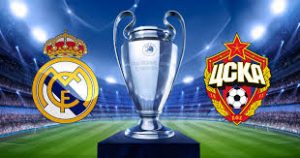 The European kings Real Madrid host CSKA Moscow in a game from Group G of the Champions League. This match is going to be played on Wednesday night at the Spanish capital.

Real Madrid already won this group, so for them this game is only about prestige and fun. Surely Los Blancos will want to redeem themselves for the loss they conceded in Moscow against CSKA. This is their only loss in the competiton since the beginning of the season.

Leaving this loss aside, Real Madrid won all of their other games in the group. Many people think that right now the Spanish side is not good enough to defends its title. We can say that Real Madrid really miss Zinedine Zidane and Cristiano Ronaldo, who left the club in the summer. The team is also being pretty inconsistent in La Liga as well. But except of this loss against CSKA in Moscow, Real Madrid 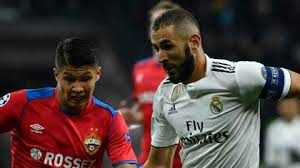 have been perfect in the Champions League so far.

In their previous game in the group stage Los Blancos enjoyed a 2-0 win over Roma at the Stadio Olimpico. Gareth Bale and Lucas Vasquez scored for the European champion. This win guaranteed the first place in the group for Real.

CSKA Moscow still have a chance to finish third in the group and qualify for Europa League, but only if they take something from the Bernabeu. Right now CSKA are 4th in the group with 4 points, being on par with the 3rd Viktoria Pilzen. Both teams have the same amount of points, but if they finish like this, Viktoria will finish third because of better stats in the direct matches.

That’s what we had to say about the Champions League clash between Real Madrid and CSKA Moscow at the Estadio Santiago Bernabeu in Madrid.