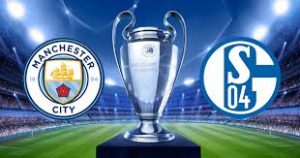 Manchester City welcomes Schalke 04 in a second leg from the Champions League 1/8-finals. This game is going to be played on Tuesday night at the Etihad Stadium in Manchester. Let’s have a look.

The first leg in Gelsenkirchen was really dramatic. Despite of finishing the game with 10 men, because of Nicolas Otamendi’s red card, Manchester City managed to win the match with 3-2. Until the 85th minute Pep Guardiola’s boys were losing the game. 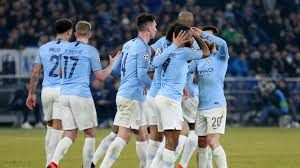 Sergio Aguero opened the score for Man City at the Veltins-Arena, but Schalke turned it around with two penalty kicks, scored by Nabil Bentaleb.

In the 85th minute Schalke’s ex-player Leroy Sane equalised with a brilliant free kick, before Raheem Sterling scoring for the win.

Because of this result in the first leg, now Schalke’s task at the Etihad is very, very difficult. The Germans must enter the pitch with the thought of scoring goals, but they also must be careful in defense. And we know how deadly are Manchester City in attack. 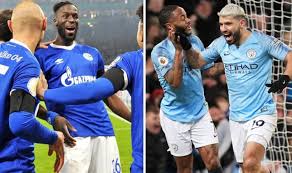 As for Schalke, the Royal Blues are having a terrible season in the Bundesliga so far. After this campaign ends, they will want to forget it as soon as possible. For many people it’s even surprising that Schalke caused so much trouble to Manchester City in the first leg.

That’s what we had to say about the Champions League’s second 1/8-final between Manchester City and Schalke 04. The English team has a proper advantage after the first leg. The Cityzens are the big favourites here.