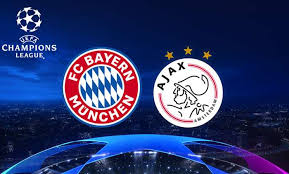 Bayern Munich hosts Ajax in a match from Group E of the UEFA Champions League. Let’s have a look at this clash at the Allianz Arena in Munich.

Bayern began their participation in the tournament in the way they wanted, beating Benfica away from home in the first round. Niko Kovac’ team enjoyed a comfortable 2-0 win at the Estadio da Luz, thanks to goals from Robert Lewandowski and Renato Sanches. The German champion was merciless and very effective on the pitch, not leaving any chances for reaction to the Portuguese team.

In the German Bundesliga Bayern are a little bit shaky in recent time. The Bavarians won just one point in the previous two games, conceding their first defeat for the season against Hertha. This is why the champions are now second in the league standings, while Borussia Dortmund are the new leaders. This looks like a unpleasant period of time for Bayern, but we don’t have any doubts that very soon they will bounce back on their feet.

Ajax are currently leading the group after a 3-0 win over AEK in the first round. Surprisingly the Argentinian left back Nicolas Tagliafico scored a brace for the Dutch team, while Donny van de Beek added one more for the winning team. Right now Ajax are leading their group, but against Bayern it will be much more difficult than it was against AEK.

In the Dutch Eredivisie Ajax are currently second in the league standings, being on 5 points behind the leader PSV. In their last game Ajax enjoyed a 2-0 win over Fortuna Sittard with goals from Kasper Dolberg and Hakim Ziyech.

These are our thoughts about the Champions League clash between Bayern Munich and Ajax at the Allianz Arena. We wish you a good luck with this one!