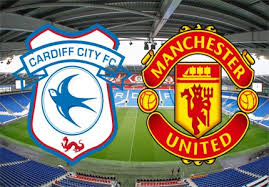 Cardiff City hosts Manchester United in a game from the 18th round of the English Premier League. Here are our thoughts about this clash in the Welsh capital.

Cardiff City are currently 16th in the Premier League standings with 14 points and a record of 4 wins, 2 draws and 11 defeats. In their last five games the Welshmen won twice, but also suffered three defeats. Right now Cardiff are just 2 points above the 18th Burnley, so for them the fight against relegation just begins.

In their last game Cardiff City suffered a 2-3 loss during the visit to Watford at the Vicarage Road. Deulofeu, Holebas and Domingos Quina gave Cardiff a very good advantage in the result, while David Hoilett and Bobby Reid scored twice for the visiting team. But their goals were not enough.

Manchester United are entering this game with a new manager. The club legend Ole Gunnar Solskjaer replaced the sacked Jose Mourinho as an interim manager until the end of the season. For the Norwegian tactician this is going to be a first challenge.

Right now United are 6th in the Premier League standings, trailing on 8 points behind the 6th Arsenal. This is the reason why Jose Mourinho was sacked. The Portuguese manager didn’t win the dressing room and his tenure in United was very troubling.

In their last game Manchester United suffered a 1-3 defeat during the visit to Liverpool at the Anfield. Jesse Lingard scored the Red Devils’ only goal in the game, but Liverpool were just much better.

Now the question is – how Manchester United will react to the sacking of Mourinho and the appointment of Solskjaer? This is going to be a good test for them. Cardiff City will try to use this situation and win, but it’s not going to be easy for them.