Wolfsburg welcomes the current leader Borussia Dortmund in a match from the 10th round of the German Bundesliga. Let’s take a look at this clash at the Volkswagen Arena in Wolfsburg.

Wolfsburg are 10th in the Bundesliga standings with 12 points won. The Wolves have a very balanced record of 3 wins, 3 draws and 3 defeats. But in their last five matches they have won just once – against Fortuna Dusseldorf in the previous round. Wout Weghorst opened the score for the Wolves with a penalty kick, while Josip Brekalo and Daniel Ginczek made sure that Wolfsburg will win this one. 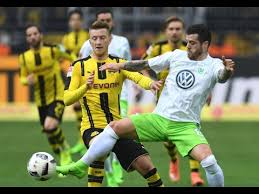 Borussia Dortmund are leading the Bundesliga standings with 21 points – 2 more than the champion Bayern Munich. Right now Dortmund have a record of 6 wins and 3 draws. They are currently the only team in the league that is still unbeaten.

Lucien Favre’s team was enjoying a great run of consecutive wins, but this run ended with a 2-2 draw at home against Hertha in the previous round. Dortmund had the lead at the Signal Iduna Park, but Hertha managed to equalize with a late penalty kick.

Wolfsburg could be without some players, who are healing from their injuries. Some of these players are Paul Verhaegh, Admir Mehmedi, Jeffrey Bruma and Kaylen Hinds. 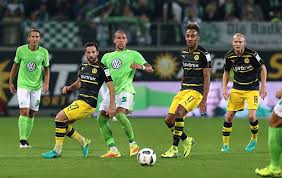 Borussia Dortmund on the other hand can’t use the injured Manuel Akanji, while Mario Gotze, Lucasz Piszczek, Thomas Delaney and Marcel Schmelzer could miss the game because of different problems.

That’s our look at the Bundesliga clash between Wolfsburg and Borussia Dortmund at the Volkswagen Arena. Wolfsburg will try to cause a first loss for the visiting team this season, while Dortmund would like to return on the winning road.